Derek Chauvin has been found guilty on all three counts in the murder of George Floyd. Last week was a big historic week for Green Party Activist who has been on the frontlines of the George Floyd uprising. George Floyd was murdered by former Minneapolis police officer Derek Chauvin who kept his knee on George Floyd's neck for 9:26 Anti Racist activists in Minnesota also applauded the conviction of Anthony Trifeliti who murdered Douglas Lewis. Last week was seen huge wins for Police Brutality activist who also worked to get Kim Potter charged and arrested and protested and called for the Brooklyn Center Chief of Police and the city manager to resign which they did after a few nights of BLM protest in the city. Daunte Wright was murdered by Brooklyn Center police officer Kim Potter who said she thought her gun was her taser. The resignation of the Brooklyn Center Chief of police and the city manager including the arrest and charges against Kim Potter topped off with the conviction of Derek Chauvin all happened in a seven-day period.

The murder of George Floyd sparked worldwide outrage and lead to the biggest protest movement in history. Although we know we can never get George Floyd or Daunte Wright back knowing that a white police officer has been convicted of killing a Black man in Minnesota something that has never happened in history gives some Black people a small glimpse of hope that the scales of justice may be balanced one day in America. Many believe this also sets precedent and will not accept anything less in unjust police-related incidents that result in death. However, the people on the ground doing the social justice work realize there is a long way to go and lots of work to do to address the systemic racial justice issues in the state of Minnesota

The Green Party of Minnesota has endorsed BLM Minnesota 12 point spring agenda which takes a holistic approach to police accountability with reparations at the center of the agenda. Addressing the racial wealth gap in the state of Minnesota is a key component in police accountability and truth and reconciliation. Bob wire fences tank the national guard thousands of police officers were not needed to keep the peace in Minnesota what kept the peace in  Minnesota as it pertains to the Derek Chauvin murder trial was some tiny form of justice a small which many hope will prevent future George Floyd and Daunte Wright police-related incidents. 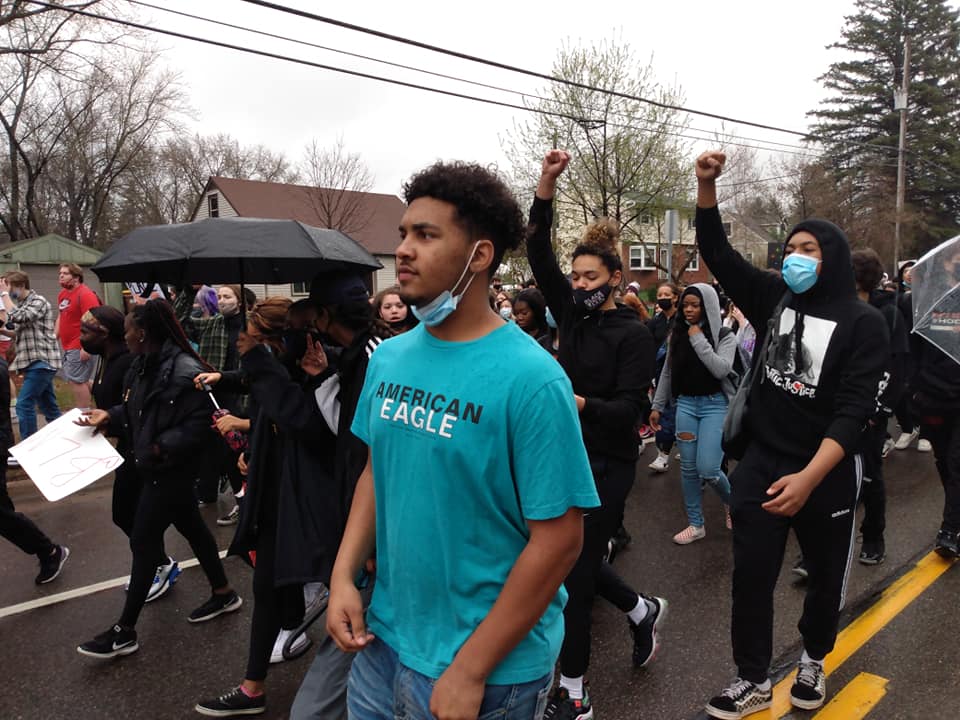